*Update 2016: This article was written before the Gensingen Brace which is the only brace he recommends.

This is because scoliosis is much more than having an unsightly “C” or “S” curve along the spine or experiencing excruciating back pain. If severe, scoliosis can have serious health complications such as lung, heart, and neurological damage, all of which can shorten life expectancy among sufferers.

But then again the deaths attributed to scoliosis could have been caused by wrong treatments. This is what happens when the proposed solutions aggravate or worsen the very problem they’re supposed to amend. The objective of mainstream scoliosis treatments is to arrest the progression of the curvature, not for the patient to end up in greater disability. The latter, however, is what is happening in a lot of cases. Instead of experiencing relief from pain and discomfort scoliotic patients end up being handicapped for life, either physically, emotionally, or both. Worse, they can even end up dead.

Let’s look at the conventional orthopedic treatments for scoliosis. Currently the scoliosis patients are given three options, depending on the degree of their curvature: bracing if the Cobb angle is already 25 degrees, or spinal surgery if it has already reached 60 degrees. No intervention is applied when the curvature is only 5 to 10 degrees. This wait-and-see period though the monitoring of the spine via frequent x-rays. Unfortunately overexposure to radiation brought about by the series of x-rays that scoliosis patients are made to undergo results in higher breast cancer rates among scoliotic females. Alternative ways to monitor and measure scoliosis should therefore be explored.

An important question to ask is why doctors wait before treating the curvature when they can do so much during the observation period to prevent the condition from getting worse. Early treatment will obviate the “need” for bracing and surgery. Also, your doctor telling you to wait and see if your curvature is going to progress or not is just as unsettling as your gynecologist telling you to wait in a few years whether the mass in your breast will become malignant or not.

It should not matter if the curvature is below 25 degrees. It still needs to be treated. Trivializing mild scoliosis with the knowledge of the high ineluctability of it progressing into moderate scoliosis is a deliberate act of medical neglect. This is the stage when the curvature in the spine is the easiest to reverse. It doesn’t make sense to wait for the scoliosis to worsen when the standard available treatments for moderate to severe scoliosis are not just a huge waste of investment but of time as well, given the cost, inefficacy, and the serious health risks that bracing and spinal surgery bring.

The problem is that bracing and surgery are at their best only marginally effective, but at their worst are devastatingly regrettable treatment options. Knowing that scoliosis doesn’t respond well to the two mainstream options for managing and treating advanced scoliosis should prod the medical community to rethink the entire wait-and-see approach.

Spinal braces are, so to speak, ill-fitting armors regardless of the type or model the patient is using. Apart from being uncomfortable, braces can severely restrict upper body movement, resulting in muscle atrophy and loss of spinal flexibility. Wearing a spinal brace unfortunately carries a stigma with it as well, since it is not as socially acceptable as dental braces due to its conspicuousness. This is why a lot of adolescents who wore braces to correct their spine end up with emotional trauma, something that they and their families would have to deal with apart from the frustrating and disappointing results that bracing often brings.

Bracing is supposed to deter spinal surgery in people with moderate curvatures. This is not the case however, as only one third of the 70,000 spinal surgeries performed annually are due to severe scoliosis. This means that two thirds of the scoliotic patients who underwent surgery were only suffering from moderate scoliosis, which should have been managed by bracing if it is truly effective.

Now let’s go to surgery. It goes without saying that all invasive procedures are inherently risky, and that complications are not limited to the possible adverse reactions to anaesthesia. The dismaying fact is that the exorbitant cost of spinal surgery does not guarantee successful long-term results. It isn’t botch-proof either. One wrong poke along the delicate spine and the patient can end up paralyzed, even dead in a few days or weeks after suffering from neurological complications via bungled procedures. Death can also take place after a longer period as in the case of cancer developing 2 or 3 years after grafting genetically modified protein into the patient’s spine, a required procedure to make certain surgical devices work.

As responsible healthcare providers doctors should educate their patients about all the possible consequences of conventional treatment options. The problem is that many times patients are not given an objective and comprehensive orientation regarding the pros and cons of bracing and spinal surgery. This keeps them from making a rational and truly informed decision.

For example, scoliosis patients should be fully educated about the possible and inevitable negative consequences of having moderate to severe scoliosis. For one, moderate scoliosis has been shown to greatly impair mobility and limit the physical capacity in female sufferers. The under 25-degree curvature should never be allowed to progress. It gets more bleak for those who are suffering from severe scoliosis. Spinal surgeries that involve the use of rods completely mangle the spinal structure, warranting more surgeries if problems occur with the implanted rods as the spine will not be able to function anymore without the rods. Elderly scoliotic patients who have undergone spinal surgery are very susceptible to failed back surgery syndrome, an irreversible condition characterized by chronic, debilitating lower back and limb pain and neurological damage.

All these could be averted if scoliosis is detected and treated in its early stages. The thing is that the prevailing medical system does not encourage doctors to practice prevention or early treatment because there isn’t much money in either. There would be no surgeries to perform. Surgeons after all cut people open to make a living. And no braces or surgical implants to get bribe or royalties from either. Orthos are getting rich, either through royalties for inventing new appliances for spinal surgery that are very expensive but are not guaranteed to be safe, or through the bribe money given by medical companies for them to endorse or utilize their patented rods. This is why some doctors aggressively push treatments that make a lot of patients end up much worse than they originally were prior to either bracing or surgery.

What accounts for the very limited number of treatment options for scoliosis is the failure to understand biological diversity among patients. Giving them a standardized, across-the-board treatment with no regard to their biochemical and genetic uniqueness is therefore bound to fail. Treatments should be adapted to the patient, not the other way around.

The good news is that it is possible to curb the curve without any help from drugs, surgery, or bracing. Yes, scoliosis can be treated and reversed naturally with cost-effective methods. The keys are early detection, pro-active prevention, and complementary treatment protocols that are highly customized to suit patient individuality. While results may take a few months to be truly noticeable, the benefits can be sustained indefinitely unlike with bracing and surgery as long as the patient is diligent with the protocols.

Spinal manipulation through chiropractic can work wonders on a scoliotic spine not just by managing back pain but in restoring spinal integrity as well . But not any kind of spinal manipulation will do. It has to be performed by a chiropractor highly trained in modern, advanced techniques that involve low force and specialized adjustments as standard chiropractic manipulations can lead to further instability, causing the spine to bend further.

Specially designed back exercises that are performed religiously by the patient build stronger back muscles, develop spinal flexibility, and promote proper posture. Spinal stabilization and coordination are also improved through fitness conditioning and functional training. Unique stretching and core stabilizing exercises can work wonders in realigning a subluxated spine. Nutritional therapy and supplementation to correct deficiencies that compromise spinal health can yield results that are nothing short of amazing. That’s because dietary modifications as determined by metabolic typing have an added boon. Unintended benefits include the mitigation or complete healing of other health conditions such as depression, diabetes, hypertension, and heart disease.

Another great thing about natural strategies is that they can be empowering for patients. They start to realize that they can control the outcome of their treatments. This contributes a lot to their success in reversing their scoliosis. With the proper guidance and support of their chiropractor they come to accept and delight in the fact that their health is truly in their hands. 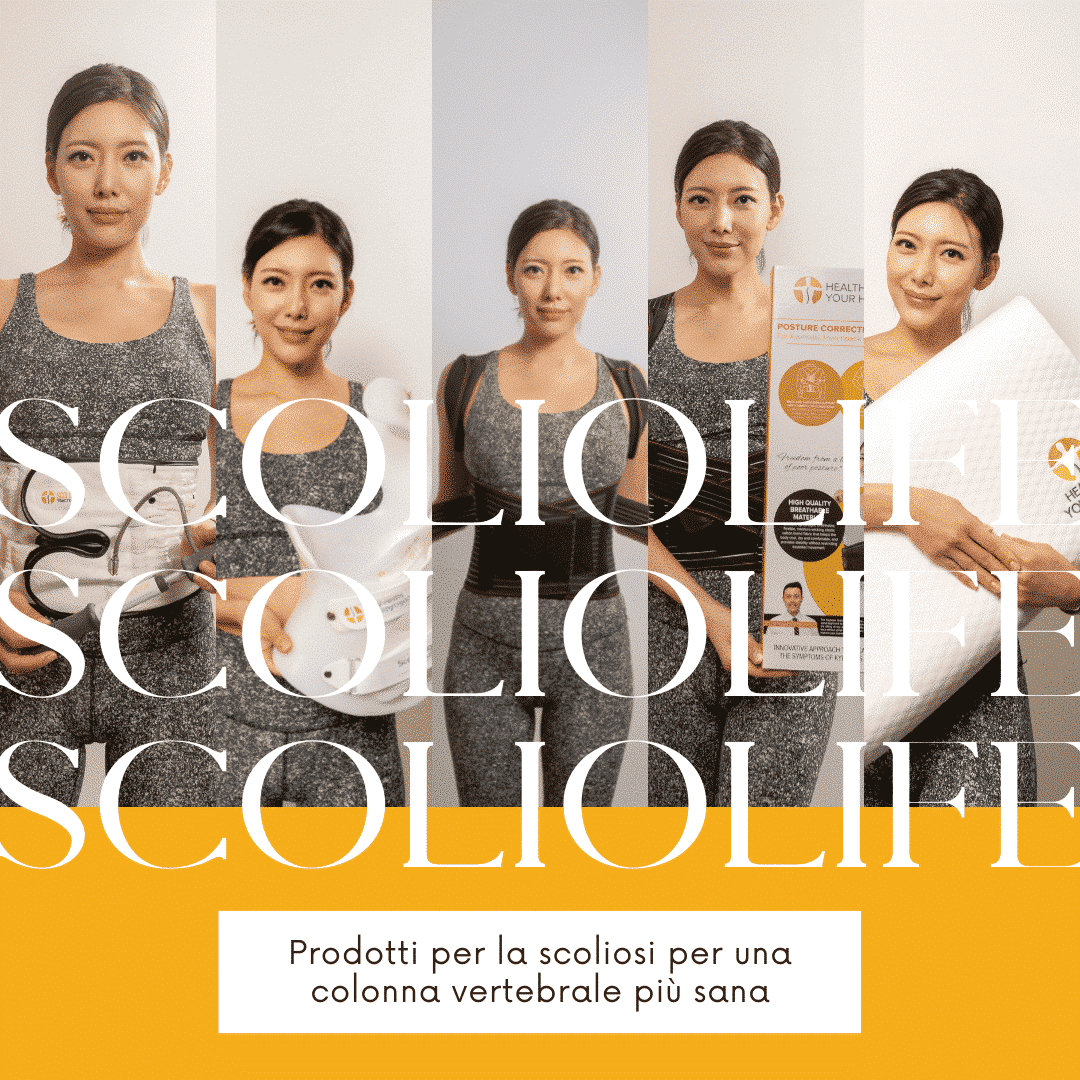 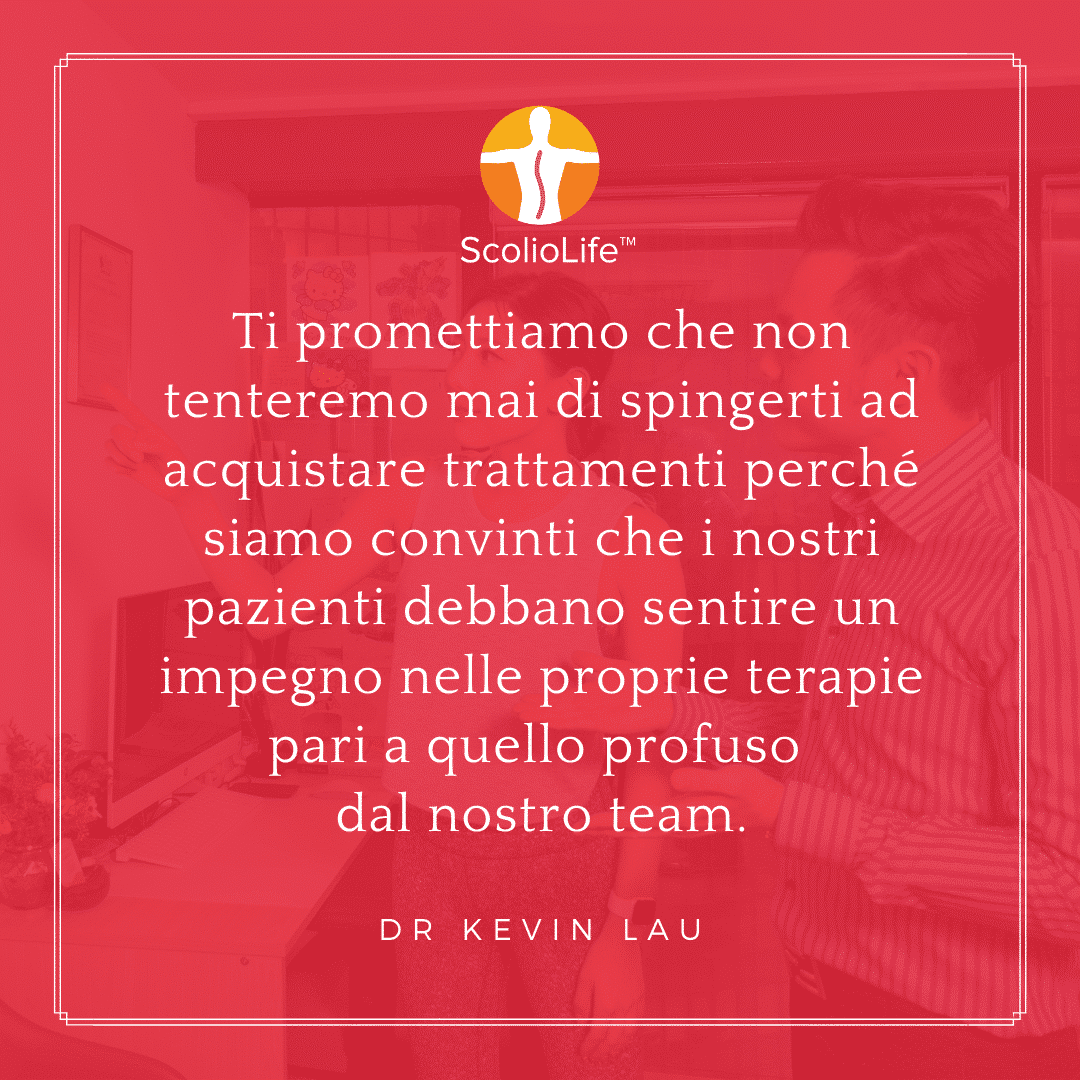