Scoliosis, which is a common spinal deformity, generally affects the normal spinal development in a child. Every year, nearly 3 million new cases of Scoliosis are diagnosed. This biomechanical deformity is usually observed in children when they are 10 to 15 years old. Most have unknown causes, involving hereditary factors. Other triggers include birth defects, spinal injury or infection and neuromuscular conditions.

According to Dr Kevin Lau of Scoliosis & Spine Correction Clinic in Singapore, the curvature of the spine becomes a ‘C’ or ‘S’ shape bending sideways from the middle and not as it should be, which is a straight line down the middle. Usually, it does not cause a long-term problem. However, an early diagnosis ensures a timely corrective therapy, while the spine is still in its growth period.

Unless the cases are severe, scoliosis does not require a surgery. Bracing has been proven effective in controlling the angle of the curve and preventing it from increasing over a period of time.

Detection of scoliosis
While a mild curve does not interfere with normal routine, left unchecked it may cause severe breathing problem. A slight bend in the curve is likely to be noticed at school or by friends, during physical activities. So, observation is the only way to detect scoliosis at early stages.

The curve increases with age and worsens more in girls than in boys. In case doctors do not find this abnormality at birth, if present, it will definitely show itself during teen years. After visual detection, a thorough physical check up and spinal X-Ray is required to determine the extent of the deformity. The angle of the curve will be 10 degrees or above, depending on the severity of the deformity.

As Dr Lau points out that the child (10 to 15 years old) should be screened several times by either a doctor or a nurse in order to keep an observant eye over the development of scoliosis. This, of course, aids in treatment and rehabilitation.

Scoliosis – Types and Causes
Idiopathic scoliosis: Under this category we have cases of unknown origin. Doctors are unsure about the exact cause of adolescent idiopathic scoliosis, seen commonly in children between 10 to 15 years old. However, it is believed to be partially genetic and accounts for around 80 per cent of the cases diagnosed. According to a report published by the Scoliosis Research Society, if one or both the parents have this deformity, then 1 in 3 children will inherit this condition.

Neuromuscular scoliosis: Also known as secondary scoliosis, this condition is caused by spinal cord trauma or any neuromuscular condition which results in loss of support to the spinal cord. Common causes are cerebral palsy and muscular dystrophy. Children during growth spurts, till they reach puberty, are most likely to develop this type of scoliosis.

Other factors: Health issues like heart and kidney diseases, tumours in nervous system, environmental factors and inequality in the length of limbs are also believed to trigger scoliosis in children. Unless they are born with this condition, only proper diagnosis can ascertain the cause of scoliosis in a particular child.

Is your child at risk?
What can be identified as a risk factor is for children with a possibility for inheriting the idiopathic scoliosis. Dr. Lau dismisses certain misconceptions about risks of getting affected with this spinal abnormality like lack of calcium or incorrect posture or heavy backpacks, or physical activities. Children with no family history of scoliosis can also inherit this condition due to other factors, as discussed above.

A Common scoliosis test for school children
It’s called the Adam’s Forward Bend test. In this, a child is asked to bend forward after standing straight. The waist should be completely stretched downwards, with arms down straight. Both elbows and knees should be straight. The child will take a diving posture.

If a child has any spinal deformity, the rib cage will appear higher in one side.

The usefulness of this test is that it helps in detection of scoliosis in upper and mid-spine curves, the most common location for Adolescent Idiopathic Scoliosis.

Some common signs
Visually recognizable signs of a child having scoliosis include:

Thus we can see that recognizing the symptoms at an early stage, before the body reaches skeletal maturity, can give doctors the time to treat scoliosis without using surgical methods. 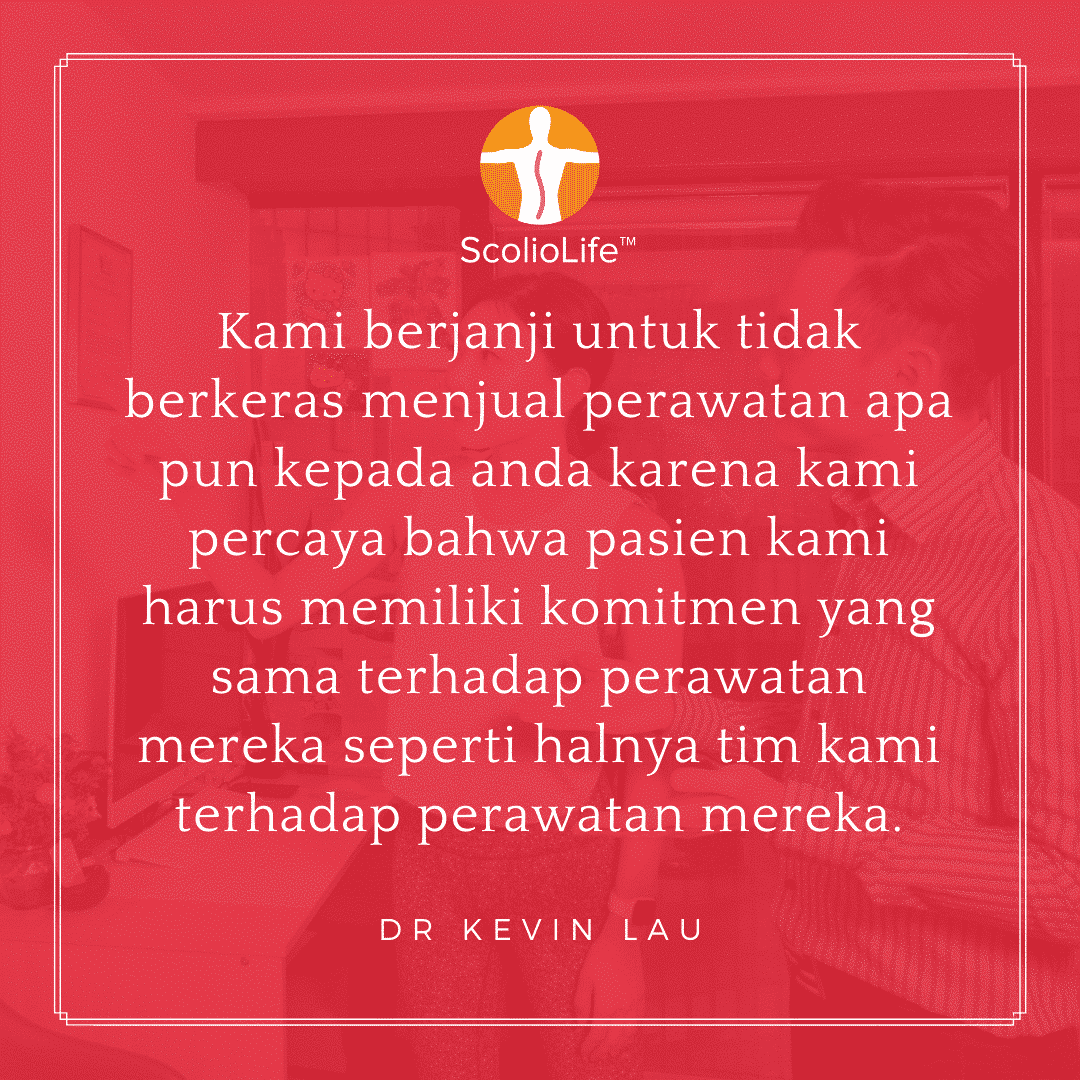