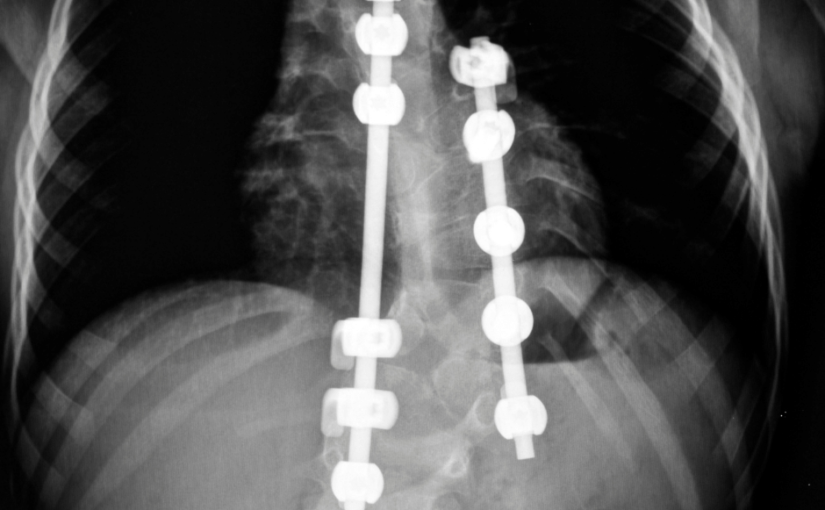 Researchers have been constantly working on advanced techniques to treat scoliosis efficiently and today there are quite a few surgical treatments which claim to treat scoliosis. Most of the procedures performed for scoliosis essentially includes usage of implants screwed into your spine to prevent the further bending of your spine, fusion of the discs that is intended to reduce the chances of further curvature, and ostectomy (Surgical removal of pieces of bone).

Patients are often reluctant for invasive procedures like spine surgery and the surgery per se has its own drawbacks from the patient’s perspective in terms of pain, need to go under anesthesia and the unpredictability of the results after going through such tedious invasive procedures.

In recent times, few newer techniques are said to have an impact in treating scoliosis. They are:

One of the newer approaches to surgically treat scoliosis is the Anterior Scoliosis Corrective Surgery, also known as Vertebral body tethering (VBT). This technique is a minimally invasive procedure that utilizes certain implants such as screws placed into the vertebral body. The incision for each curve is made on your side and is kept as small as possible. Usually, a scope is used to improve visualization and access to the spine through a small incision called a portal.

In some cases, the surgeon might prepare two more portals in addition to the first one to gain more access to the spine. The implant screws, which are mostly made of titanium, are then fixed on to the vertebras through these incisions made. Following this, a flexible cord rod which is like a rope is attached to the screws and fixed by a set screw at each level after first tensioning the cord rod in order to get a correction of the curvature. 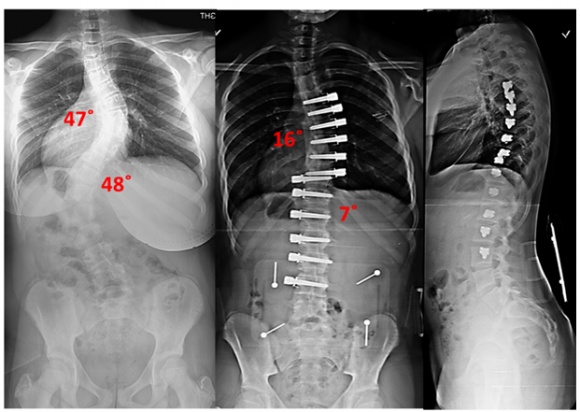 Over the last year, there have been reports of segmental failure of the tether (between two screws), so it could be assumed that there are chances that the tether can break when used for a longer period of time. However, the tether needs to be in position without damage only until the curve is corrected and is usually not kept for a long time in the body.

Vertebral Body Tethering (VBT) uses an implant device that is recently approved by the U.S. Food and Drug Administration (FDA) for marketing. Some complications associated with this technique are an anaesthetic problem (such as allergic reaction or airway problem), injury to the great vessels, heart, lungs, uncontrolled bleeding, postoperative pneumothorax, surgical site infection, screw pullout or ‘symptomatic migration’ in the surgeon’s language, tether breakage, failure of VBT to modulate growth and over-correction of spinal deformity.

The other risks associated with this procedure can be an infection, neurological complications, loosening of the screw which will necessitate a second surgery and the possible undesirable ramifications aren’t well documented.

Since it is a recently developed technique, there are not a lot of evidence or long term studies to comment on the safety and effectiveness of this procedure in the long run.

The MCGR works by external remote control outside of the child’s body to lengthen the magnetically controlled rod as a child grows. The surgeons believe that MCGR is a minimally invasive procedure, however, your child will have to go through an initial surgery for the implantation of the screws to the growing spine which will then be controlled with the magnetic device outside the body.

The screws will be surgically attached to the spine above and below the curve which is then lengthened during the follow up surgical procedures. This is done to allow the spine to continue growing while managing the curve until the child is old enough for spinal fusion surgery. 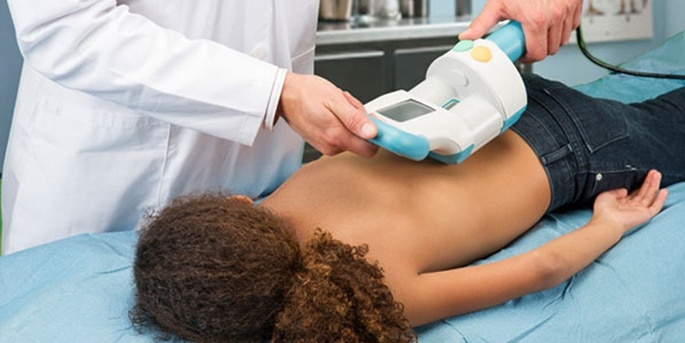 Alastair Beaven in 2018, in his study on (MCGR), found that the chances of failure of this technique are 29- 50 per cent among children treated for scoliosis. Beavaen found these results over an observation period of 2 years. This raises a question about the predictability and uncertainty of this procedure even though some of them are told to be effective.

MCGR can also have some technical complications such as loosening of the screw, failure of the rod to lengthen, fracture of metalwork and also deep infections that may require repeated surgeries. In addition, some of the cases have reported no improvement in the Cobb angle after the procedure.

This procedure does not eliminate your need for surgery as it appears, it, in fact, may require multiple surgeries or at least a second surgery for spinal fusion after your child reaches skeletal maturity. Furthermore, your child will have to go through the physical and mental trauma of multiple visits to tighten and/ or lengthen the implanted screws as explained by Dr. Shannon Kelly herself, an orthopaedic surgeon at Washington, US.

“Our series is the most comprehensive MCGR series published to date, and we present a mechanical failure rate of 29%. Clinicians should be mindful of the discrepancies between ERC length and radiographic measurements of rod length; other modalities may be more helpful in this regard”

Surgical procedures can also have a negative effect on your child’s overall growth according to the experts. Bone tissues of children are very sensitive to injuries. Bone is a dynamic tissue and until skeletal maturity is achieved, the bone grows in size. Procedures that involve invasive and traumatic techniques like the placement of screws into the bone can result in bone growth inhibition causing growth retardation.

Yet another advancement that is still in its growing phase. Apifix is a newly developed surgical treatment for scoliosis which is of a non-fusion variety. It is told to reduce the curve point and is only said to be used when the risk of progression is low.

Although it is a promising procedure in scoliosis treatment, this procedure also does not eliminate your need for undergoing surgery under anaesthesia. Apifix is an implant device that will be screwed on to the spine as seen in the picture. It is a time-consuming process which is done in two phases. Firstly, the implantation will require surgery to be performed on your back that will result in a scar.

Secondly there will be “drill holes” made on the spine to screw the device. Although called as a “minimally invasive procedure”, this will require you to undergo a first surgery and does not clearly elude the need for further surgeries.

“The percentage of deformity correction with Apifix is around 50%”

Apifix is technically a metallic device, a malfunction of this device or fracture of the device is one possibility that can cause complications that may rationalize the need for further invasive surgeries for the patient. Screw fracture, dislodgement and infection of the area from the surgery can worsen the condition and lead to further complications for which the treatment may be even complex and invasive.

Currently, we do not have long term clinical trials with a larger patient sample to clearly understand the success rates of this procedure.

From the research and clinical point of view, they are not!

There are surgical therapies which have predictable outcomes in medicine. But for conditions like scoliosis, surgery has greater drawbacks and risks involved compared to non-surgical treatment. The usage of a fancy term “Minimally Invasive Surgery” is often practised by surgeons, however, surgery is always invasive and does not eliminate the risks mentioned in this book earlier.

What do the studies say?

So far, there have been no definitive results for the newer treatment options for scoliosis anywhere in the evidence. Most of the newer therapies are in their experimental phases and thus they do not provide promising results as some of them assert. The insufficient evidence about these procedures have not been well recognized by most of the practitioners.

When newer procedures are developed and described in the literature, the actual outcome of the procedure will not be proven in large samples. Every individual is different and not all procedures are suitable for all. These factors are not well considered in such studies in an attempt to promote the technique or the commercial device. This makes the reports less authentic and some of the studies are highly biased for promotional purposes by some companies.

As the techniques are changing drastically, they also call for the usage of complex equipment and instruments. This can increase the overall cost for the procedure making them unaffordable for most of the patients. With the more sophisticated procedure, entails the demand for refined skills of the surgeon.

The surgeons performing these techniques require intense training in such procedures which is not easily available. Lack of adequate skills and performing a complicated procedure increases the chances of failure and results in undesirable outcomes. Also, the minimally invasive procedures can pose risks too:

Scoliosis surgeries are mostly performed in adolescents or young children and failure can have a deleterious effect on the child’s physical and psychological development. Repeated surgeries can be traumatizing and reduce one’s self-confidence too over a period of time.

“When it comes to spine surgery often less is more” – Dr. KLEEMAN

There is literally no micro or minimal invasiveness in spine surgery. Most of the surgeries are extensive and invasive in nature with its own risks involved. In addition to that, surgery requires long periods of hospitalization, prolonged recovery time and restraining from work and regular activity for a significant amount of time which can be avoided with other non-surgical treatment options.

It is essential to know about these facts before deciding on your treatment for scoliosis. It is a common tendency in modern practice to promote surgery over non-surgical treatments in a belief that surgery is definitive and curative. This misconception is being spread drastically among the general population and the primary motive of this book is to redefine your beliefs about the same. 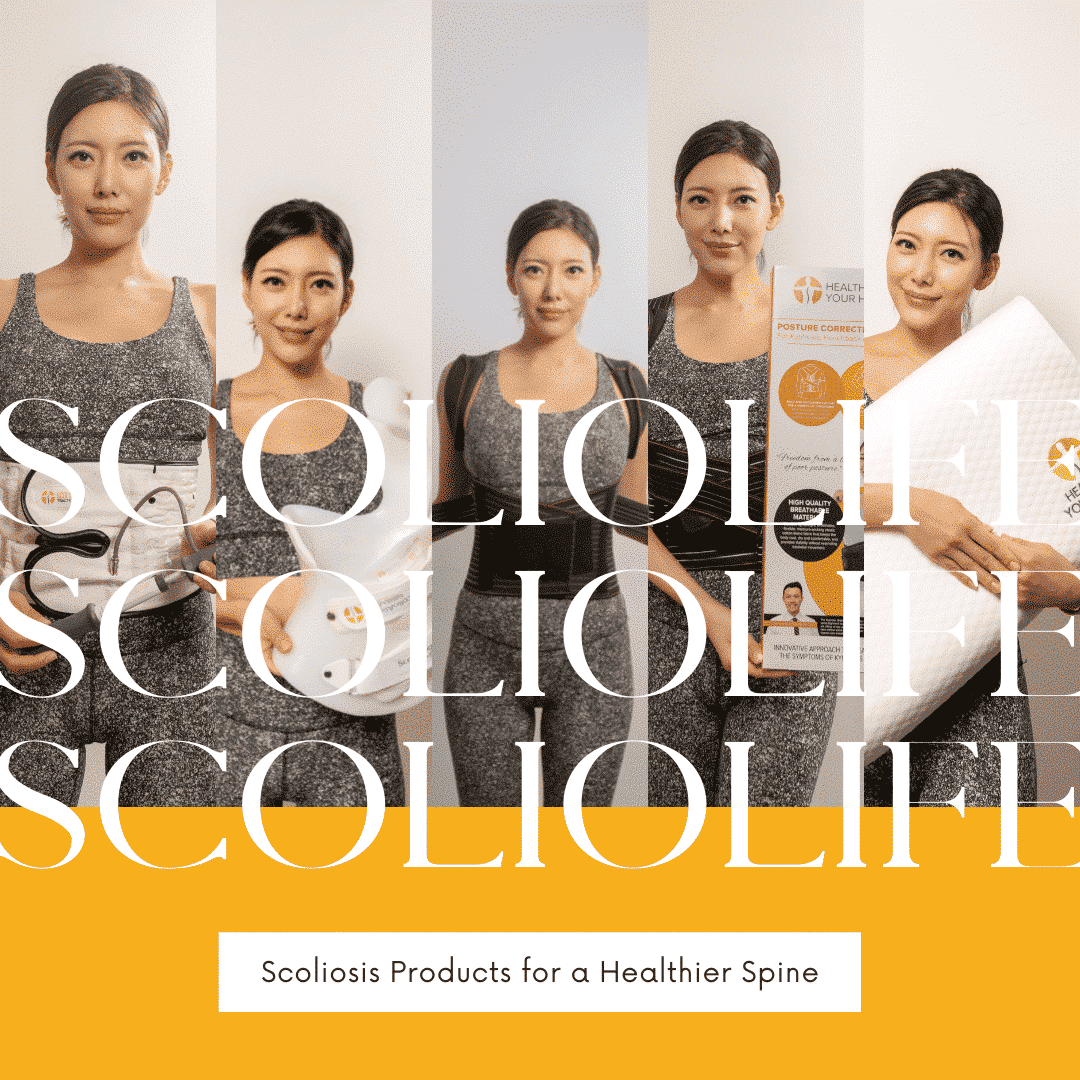